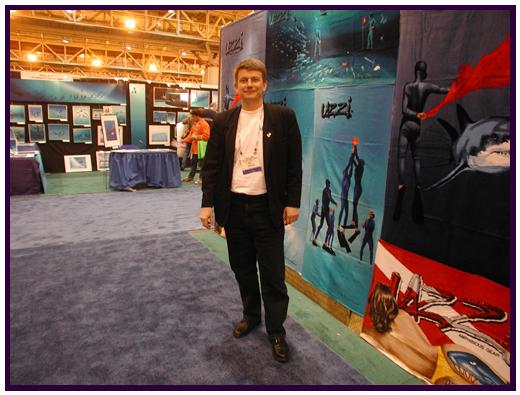 Since 1986 Author of hundred articles and conferences on painting and on opera, particularly on the technique of Ancient Masters and on Anatomy. Regular contributor to art magazines Techniques des Arts and Artistes et Techniques (1986-1990) and author of several collective books about the technique of painting

1986-1996 Set design and costumes design for European Opera Houses including the complete Ring and Parsifal by Richard Wagner. 29 productions

1989-2000 Opened and managed his own gallery-studio in Honfleur, Normandy, France

Since 1999 Pictures under license with the wear company Uzzi (USA), 100000s items worldwide

Pascal received the Diploma of Ministry of Ecology, Environmental Protection and Nuclear Safety of Ukraine for his personal contribution on the cause of rising of interest of people to underwater world and its protection, environmental protection and nuclear safety (June 2003)