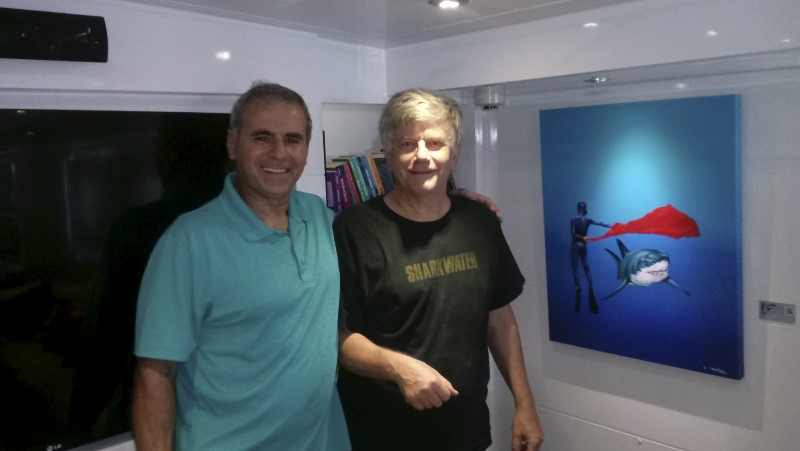 Fins Attached, is excited to announce the christening of the research expedition vessel, M/Y Sharkwater. The event will take place at the Bahia Mar Marina in Fort Lauderdale on July 27 from 4:00 – 7:00 PM, and is open to the public. Fins Attached is pleased to name the vessel Sharkwater, to honor the late filmmaker, Rob Stewart. Fins Attached has partnering with the Sharkwater Team to help finish the filming of Sharkwater Extinction.

Sharkwater is a 134 foot vessel that was originally built in Japan and used by Japanese fisheries, but now has been repurposed for the good of our oceans through the marine research and conservation mission of Fins Attached. Sharkwater will be a host to many different professions within the field. Scientists, non-governmental organizations (NGOs), marine science students, and documentary crews will have the opportunity to conduct fieldwork, and to achieve the objectives of Fins Attached. Scientists and film crews have already reached out to Fins Attached to be able to use Sharkwater over the next 12 months.

Gaining its own research expedition vessel will allow the nonprofit to expand its mission. Fins Attached works toward saving marine animal life, sharks in particular. “Shark populations are on the decline, and in some species, by over 95%. As Rob Stewart always said, saving our oceans is saving us.” Stated Alex Antoniou, Fins Attached founder.

“Being able to support research, conversation, and education of the apex predators of the sea is what Sharkwater is all about,” Antoniou continued.

“The Sharkwater team is proud to be a part of the Sharkwater research vessel and we know Rob Stewart was thrilled to have been involved in this significant initiative. It’s imperative we support the oceans and all its creatures and this boat will provide an excellent resource for researchers, scientists, and conservation groups for years to come,” began Brian and Sandy Stewart. “A giant thank you to Alex…and his organization Fins Attached for making this happen. As Rob said, ‘Conservation is the preservation of human life on earth and that above all else is worth fighting for,’ concluded Brian. 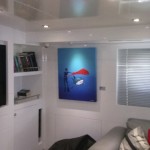 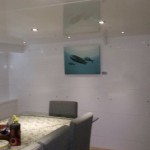 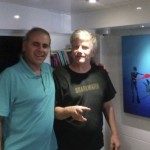 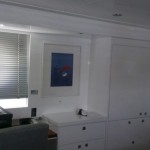 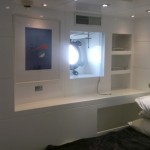 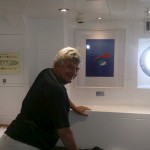 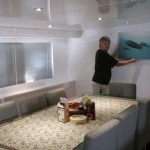 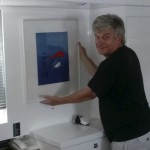 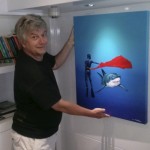 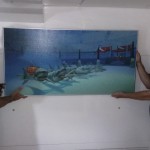 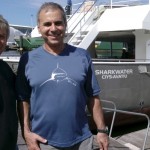 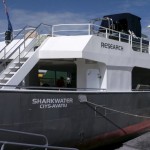 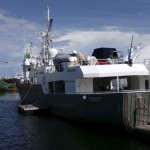 Sponsorship Opportunities
Sharkwater will conduct over 25 expeditions a year with various groups and donors. Sponsorships are available. Individuals and companies can sponsor areas of the ship, including:

All sponsors will be recognized during the christening event as well as onboard recognition throughout the year, and through the Fins Attached communication channels. Additionally, sponsorships are tax deductible. Contact info@finsattached to become a sponsor.

Sharkwater will be working in the Eastern Pacific, especially in the Eastern Tropical Pacific, which includes Cocos Island (Costa Rica), Malpelo Island (Colombia), and the Galapagos Islands (Ecuador), collectively referred to as the “triangle.” She will be used to support the research and conservation efforts of partner researchers and NGOs in the region. Additionally, Sharkwater will conduct expedition in Mexico at Guadalupe and Socorro. Beyond this, film crews will have access to Sharkwater. Contact info@finsattached for more information.

This entry was posted in Events and tagged Donation, Shark. Bookmark the permalink.