You may have heard that over 150’000 people live in shelters after the catastrophic earthquake and tsunami on 11 March 2011. Many children have lost their parents and their smiles. There still are frequent aftershocks.
The University of Fukushima and the Chamber of Commerce and Industry of Fukushima City have started collecting our “KOINOBORIs” which contain our wishes.
French organization Ganbalo is part of the project and will be part of the exhibition at the Fukushima Airport.
The entire city will be decorated with KOINOBORIs on this year’s Children’s Day on May 5th. The collection will also be shown in the “Fukushima Modern Art Biennale 2012”.

Pascal has contributed to the project by creating and donating his own Koinobori for his Japanese friends.

See Pascal’s exhibition in Nagoya in 2002.

About the Koinobori project and the non-profit organisation Ganbalo: 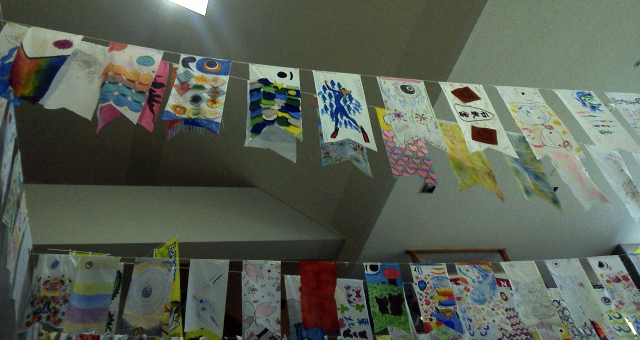 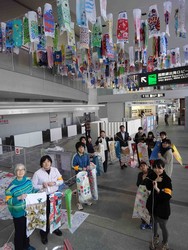 This entry was posted in Show and tagged Fukushima, Japan, Koinobori. Bookmark the permalink.