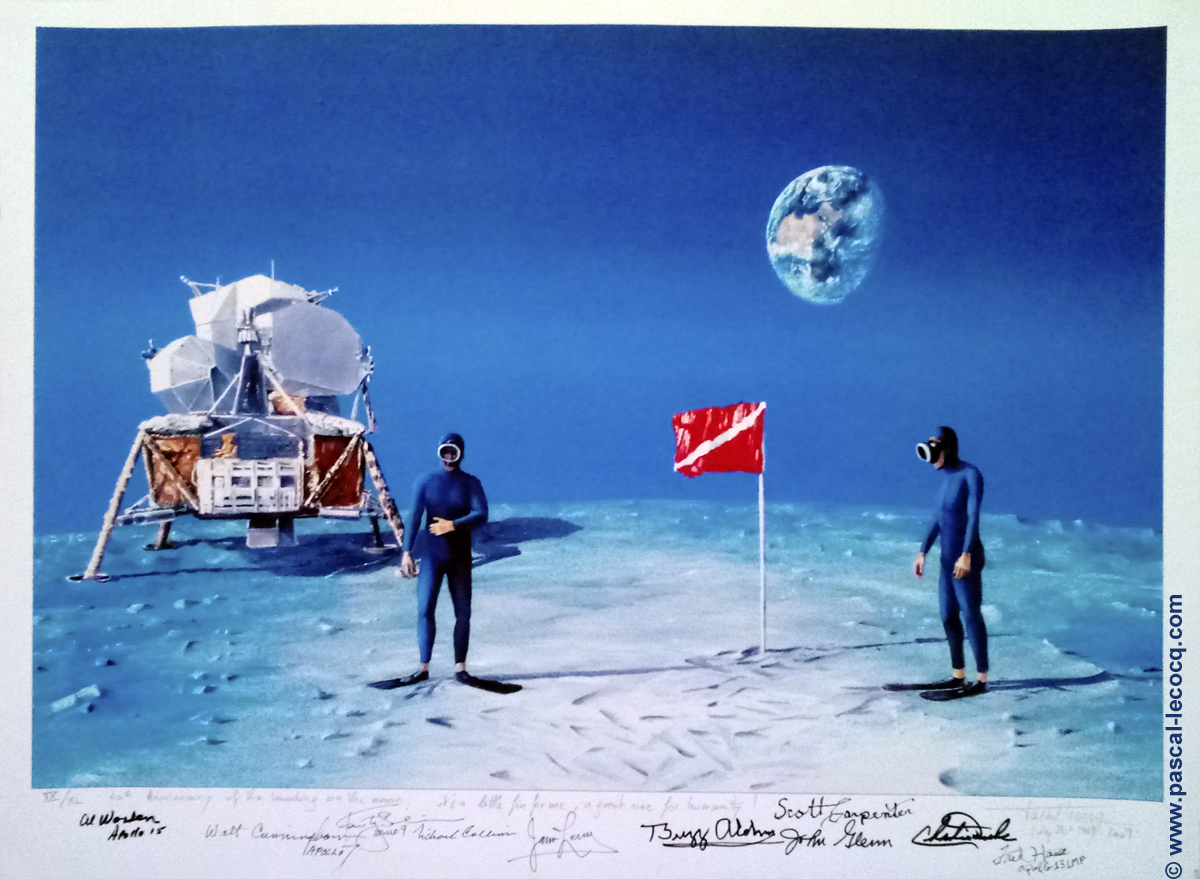 Since 2004 in Houston where Buzz Aldrin attented a show where I exhibited, I missed him a second time to sign my artprint which he did eventually in March 2018 ! My artwork was already signed by Scott Carpenter (2007) and John Glenn (2013).
Buzz Aldrin, Michael Collins, Al Worden, Walter Cunnighan, The Explorer Club (New York) own each of us a limited edition of my work.
more infos: https://www.pascal-lecocq.com/wordpress/archives/10117
https://www.pascal-lecocq.com/wordpress/archives/tag/scott-carpenter